10 Great Video Games From Our Past

10 seriously great computer games, we played like kids - and we like to play again! Number 4 and 10 we had forgotten everything about!

There are a lot of nostalgic games from the past, and now we have dug up 10 of the coolest games from our childhood. We just thought they had been forgotten - but no, no.

It was so cool that the game exactly followed the plot from the Tarzan movie. We could only play it one at a time and we were Tarzan most of the time; first as young (abe) boy in training and later as an adult. When we did not play Tarzan, we played Jane in English Ball Gown, running away from a lot of little monkeys or Terk, Tarzan's monkey friend who destroyed the camp.

Still the most fun game to date. The game caught us all when we finally could experiment with status, clothes and friendship. A superficial game, but really popular, and fun if you had a high score!

Did you meet with some friends from there in reality? We have tried that and we can wonder a bit over today.

Can you remember how difficult it was to choose a character that you should be? And how awesome it was if you hit a box and got extra boosts so you could either be lucky to get a turbo function, enabling you overtook the others, or a grenade that you could throw after your opponent.

If you are from Scandinavia you will know this game, as it was also use in a television program in the 1990 before it was franchised as a video game. Scylla was the evil, pretty witch in Hugo, who kidnapped Hugo's wife Hugoline and their three children (Rit, Rat and Ruth) because she needed them in a magic beauty treatment. Hugo therefore goes on adventure to save the family and will make sure the forest is kept calm. Hugo's voice was clearly an important thing in the game, and also when he knocked on the screen if you were not even aware.

The big chat forum where it was about having the coolest things and a lot of relationships. It was really the time when we had one (if not more) NK (network girlfriend), which today we get a bit embarrassed about.

Pixeline was a classic and we know a lot of the games she has enjoyed. This game is Pixeline - and the house in the fairy-tale forest where she lives with her mother, father and little brother in the fairy-tale forest, which is the framework for games and tasks of varying degrees of difficulty. We would free Pixeline from the dragon, play cards with the witch, bake cake with the mom and collect the dairy machine - and more.

A virtual world where you lived in an igloo with a fluffy pet. You had to do a lot of games to get money for feed and clothes. You also had the opportunity to become a spy and solve a lot of exciting mysteries.

Can you remember to cross the other side of the creek, but the tree trunks were really hard to stand still when you could either slide or not reach the next one before it was over?

The good old Sims game. Do not think almost everyone has played it in one way or another. Make exactly the character you want to be - and exactly the house you want to live in. And then build your family bigger and make relationships with others. Super fat game, which is actually the sixth best-selling game in the world!

Sonic's match between him and Dr. Eggman about the fate of the planet brought us through a lot of difficult lanes and a lot of speed over the field.

Do you want to follow entertainment and gaming information, and read more exciting articles on trends and news related? 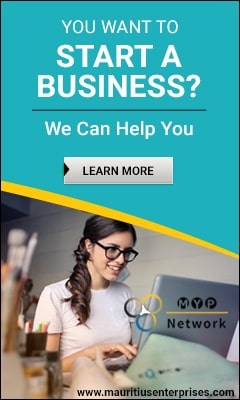